The 2nd Ammendment at it's Finest

Ahhh…the great state of Arizona and the freedom to carry guns wherever you please.  I’m not a gun owner myself but will not pass up a chance to fire off some rounds with an expert, like James. 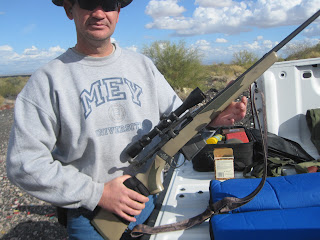 James is a helicopter mechanic in the military and lives near Tucson in the little town of Red Rock, AZ.  Despite his fierce look holding an Ishipor 76.2 x 51 NATO (308) he is a hell of a nice guy.  He took me to a ghost town, Sasco, about 5 minutes from his house.  SASCO (Southern Arizona Smelting Company) was abandoned in the early 1900's with around 600 people at it's peak.  There are remains of a few structures:

The Rockland Hotel (they were somehow booked for the night): 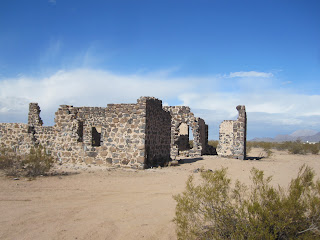 The foundation of the smelter and the base of the smoke stack in the background: 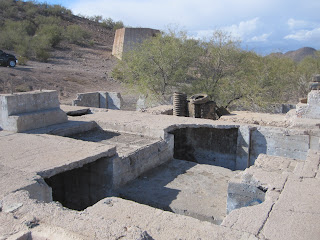 To make your way into this ghost town, you need it to be very dry or need a big truck to get through this water: 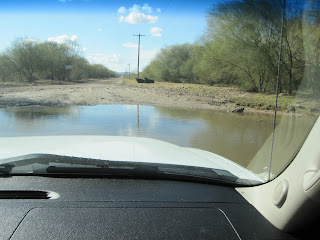 I was surprised to see 2 other groups of very friendly, gun yielding Arizonians out for a little practice shooting.  Every single of them had a pistol strapped to their thigh.  I need to note here that James, during his time up in a helicopter, has seen a few smugglers from Mexico come peeling out of the desert onto this dirt road...thus the reason why everyone is armed.

We went to one of his favorite spots where there was another group of 3 knocking out some pistol rounds.  This may all seem a little unsafe and crazy to anyone not from here, but these folks are extremely careful and communicative with each other so as to not to have any problems.

James spends a fair amount of time restoring old guns and I got the chance to shoot 4 of about 30 he owns. 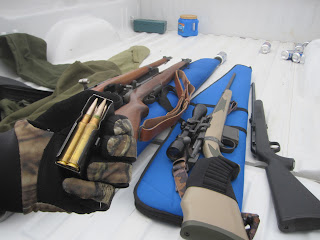 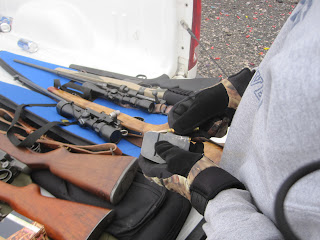 I honestly don't know what any of the above means as I've only shot guns about 2 times prior to this, but I do know that I felt like a bad-ass firing them. 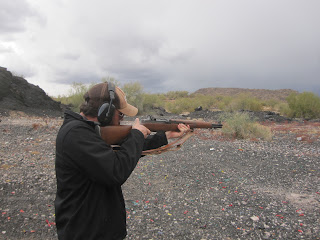 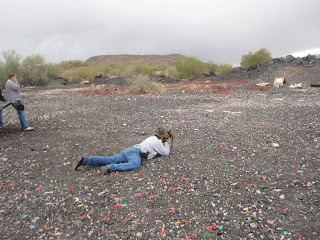 The other group trying out one of James' guns: 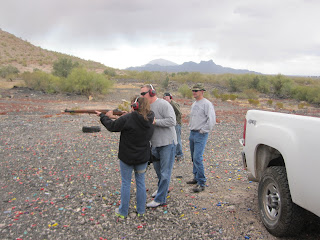 Don't take a knife to a gun fight around here: 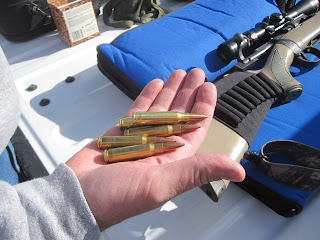 You can see we are standing on a rocky bed of empty shells. 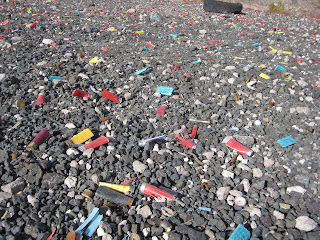 I started that day in shorts..then the rain and wind came in, making it feel like it dropped 30 degrees.  Off to lunch....see my Food & Wine section for the best Mexican hotdogs I have ever eaten at El Guero Canelo in Tuscon.
Posted by Bliss Wine Tours at 9:25 PM