I set out from Bogota on January 19th, 2014 on my new bike, having no idea what I was getting into...and excited as hell about it! 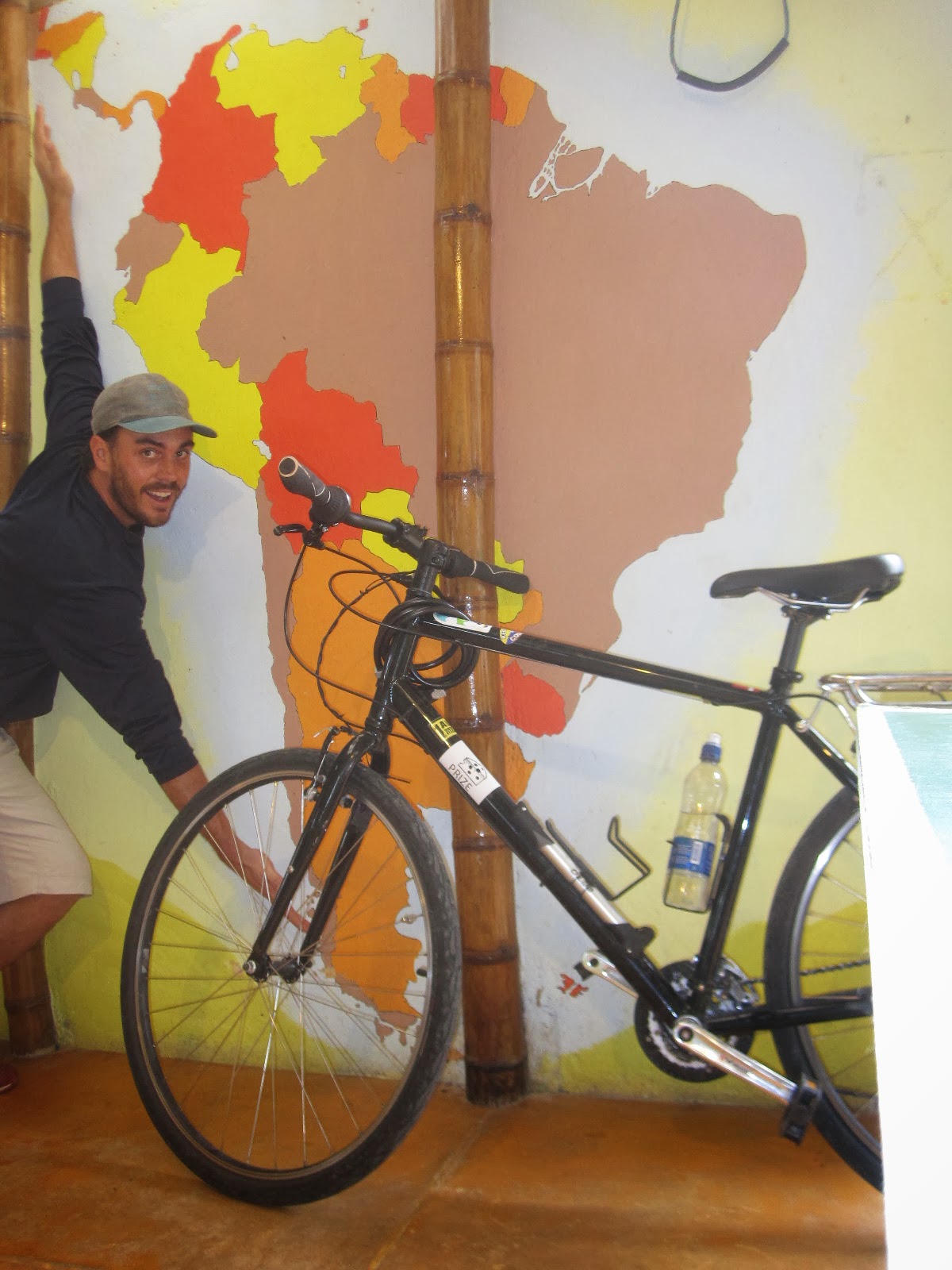 After 1250 km (800 miles) on the road, a highest peak reached of 3,250 m (10,663 ft) and a month full of very interesting & hospitable Colombians, I find myself back in the Central Andes, camping in La Finca Maco in San Agustin (a little southeast of Popayan - see map above).  The first day here I woke up to my body aching & head hurting, the first I've felt sick since Guatemala, about a year ago.  I man-handled my way up the mountain to get here, and the next day barely had the energy to walk to the bathroom.  Crazy how the body works. 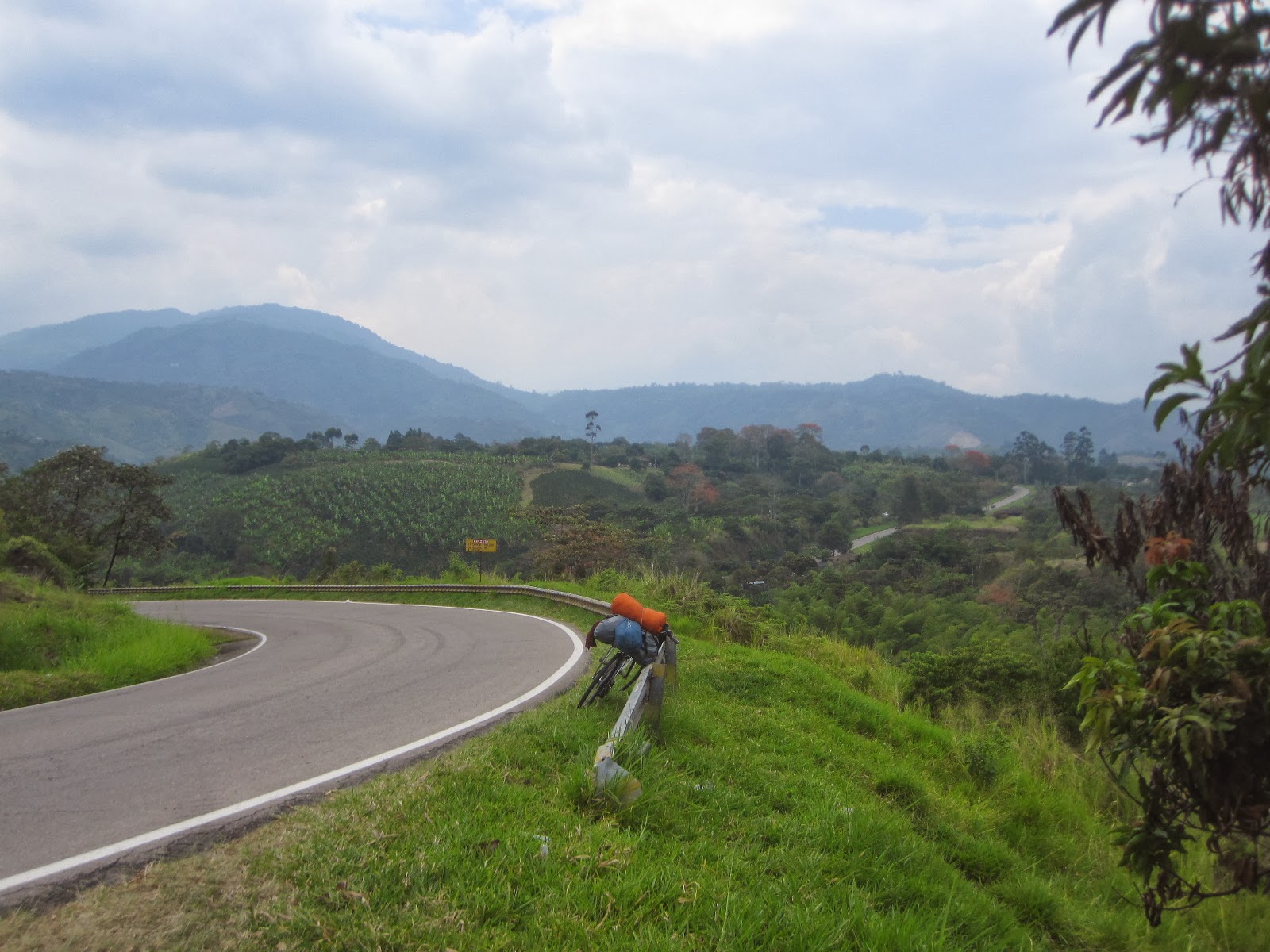 I met fellow cyclist, Leah Manning, in la casa de ciclistas in Medellin, whom I rode with from there to Corcora Valley (approx 250k/155 miles.  She is a rockstar and has ridden all the way from Los Angeles., California, 9000km!  I learned a lot from her over the 4-5 days of riding together - keep on rockin, Leah. 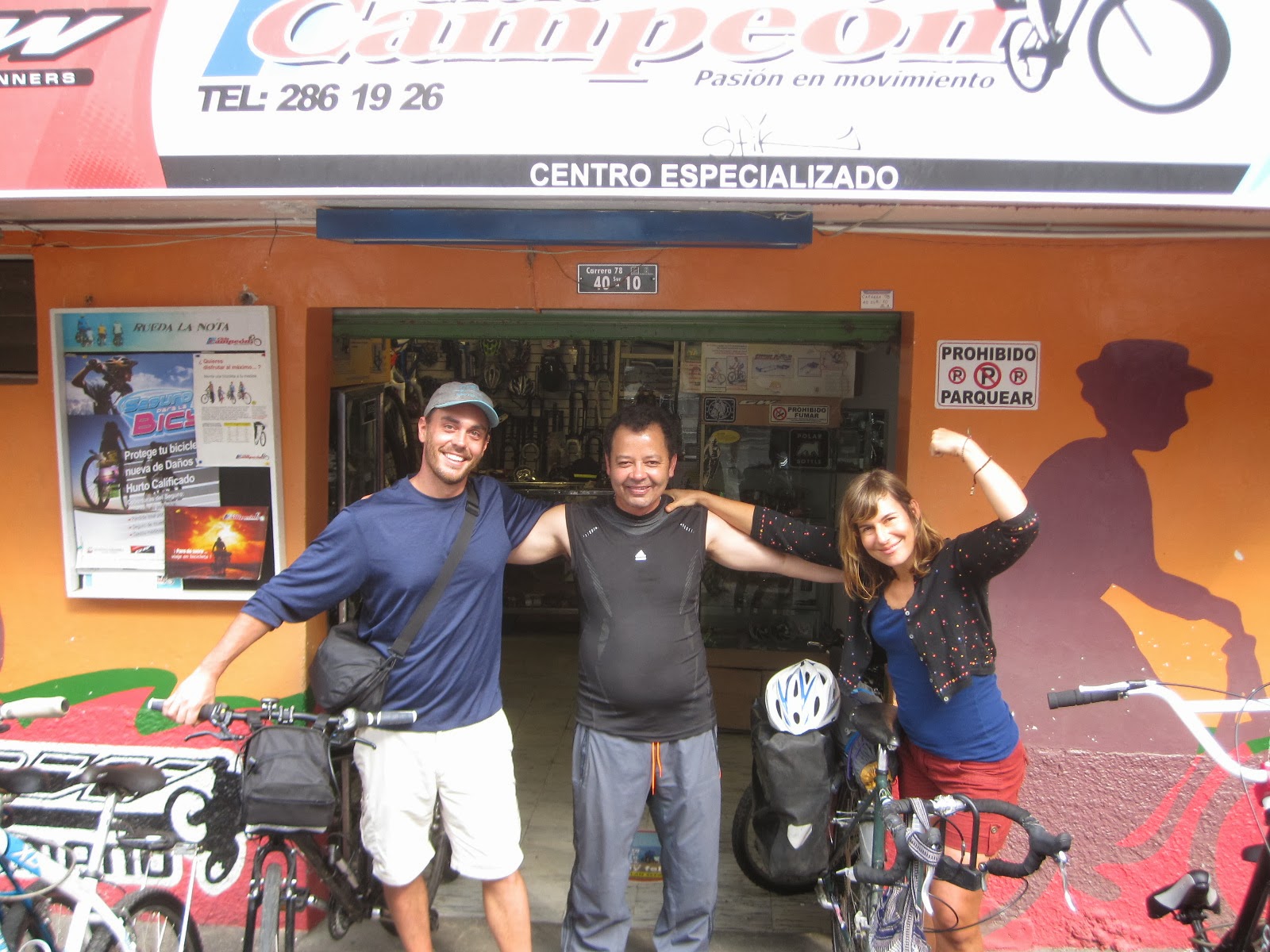 She brought up a very good question one day.  If you're home and a complete stranger (a Colombian guy, for example) comes to your door and asks (in broken English) to camp on your property for the night - what do you say/do?  I know a lot of people back in the U.S. who would probably say no.  Here in Colombia, they don't even think twice about it.  They smile and say, "of course".  They then offer you coffee or water or fresh cow's milk or whatever they have.  Sometimes they even call their friend in the next town to host you the next night.  Unbelievable.  If I called my friends back in the U.S. to host a complete stranger for the night, I would most likely get the reply "Who is this person?"  Or - "I'm kind of busy - tonight's not really a good night".  I still haven't figured out what everyone in the U.S. is "busy" doing.  Hahaha.

This hospitality is unparalleled anywhere else I have been in the world.  From the 2 1/2 months I have spent in Colombia, I am enamored with the people.  It's a culture of wonderful people who are easy-going, laid-back, quick to laugh, social, friendly, hardworking, musical and all-around happy-go-lucky.  They want to know how your experience in their country has been and how they can make it better.

Unfortunately there still remains this worldly misconception that Colombia is dangerous and you will be harmed or kidnapped if you travel here.  Sure, there were problems more akin to this in the 80s & 90s during the Pablo Escobar days but they were not targeted at random tourists.

The Colombia I have experienced is one of the most incredible countries on the planet and should be at the top of everyone's travel list. 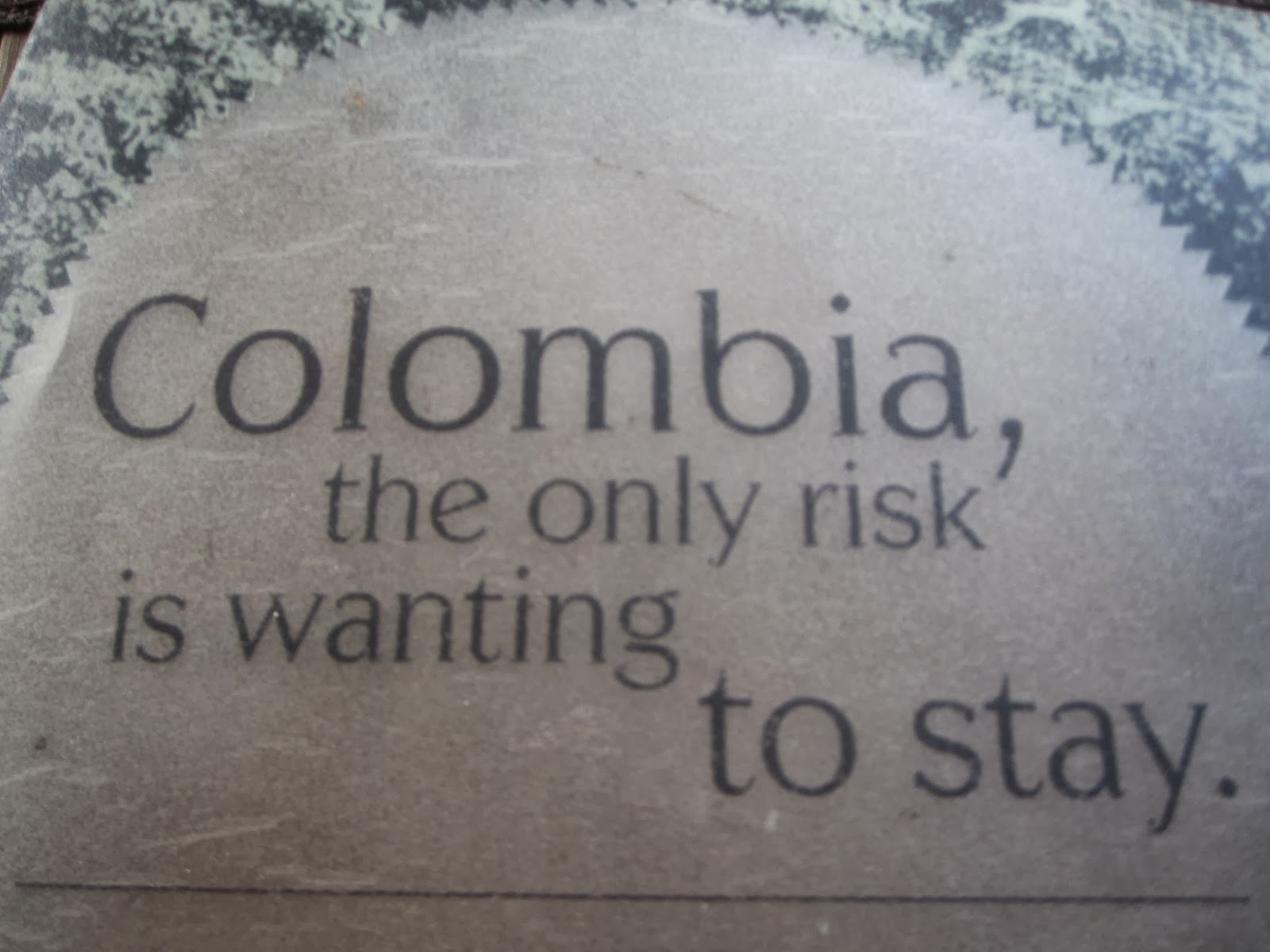 From Caro in Bogota whom I stayed with for several weeks to the ladies here at the hostal in San Agustin who prepared me water with lime and baking soda to ease my stomach pain.  Thank you everyone.

I wish I had photos of everyone that has had a positive impact on my traveling here, every person that has let me camp on their property, the hospitable bike mechanics, generous police and everyone that welcomed me with a smile.  Here are just some of the Colombians who have made my travels unforgettable. 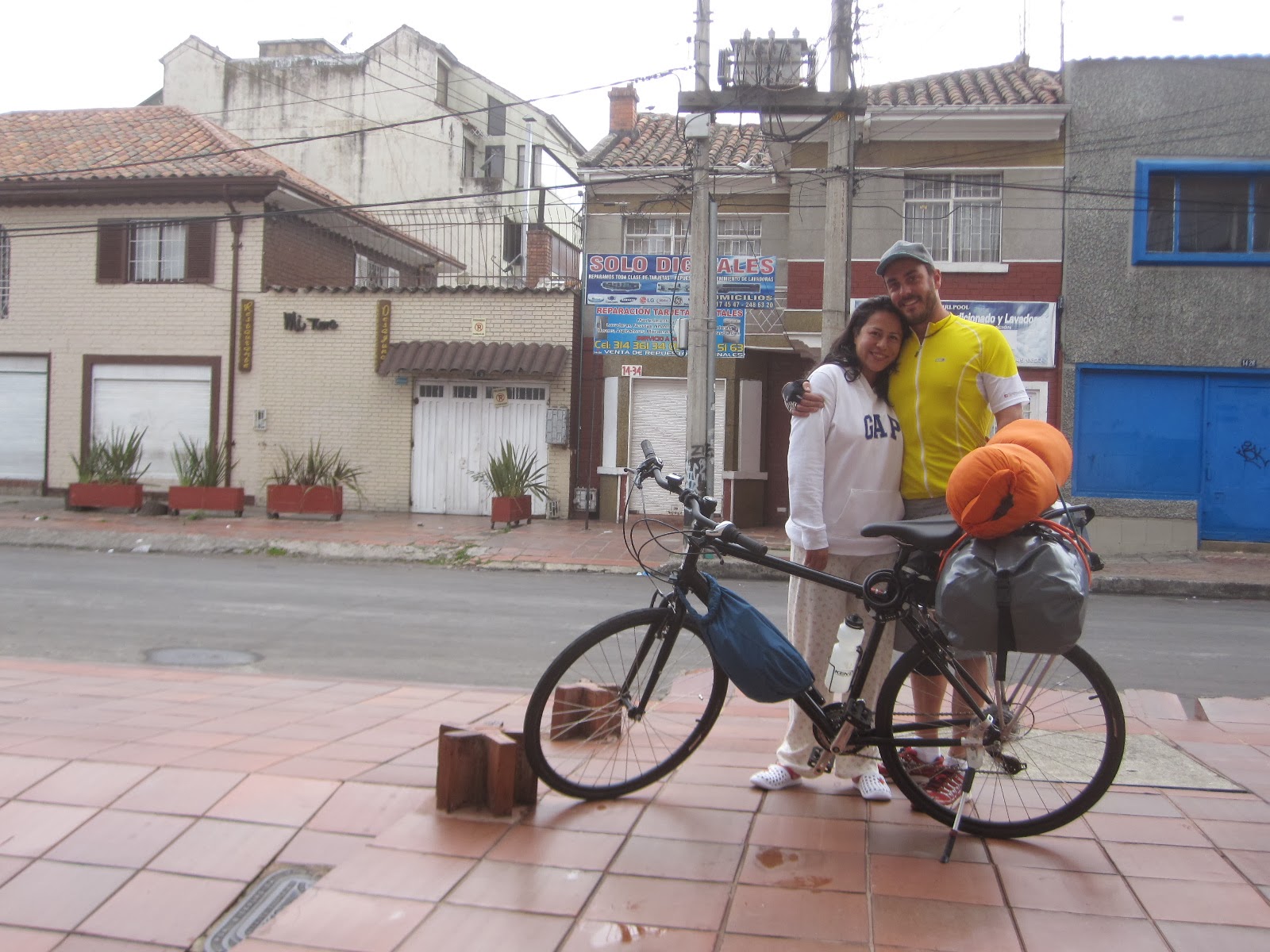 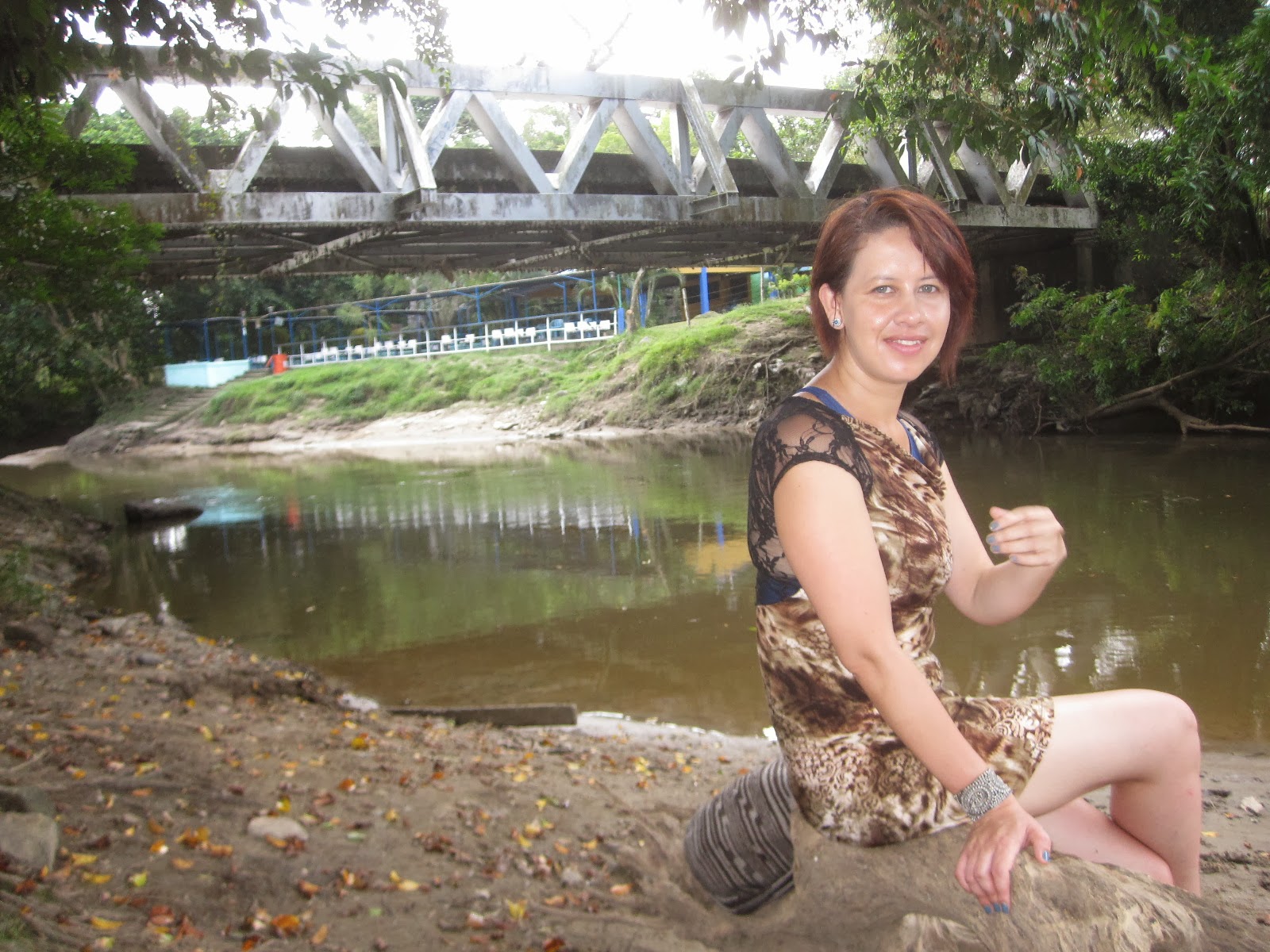 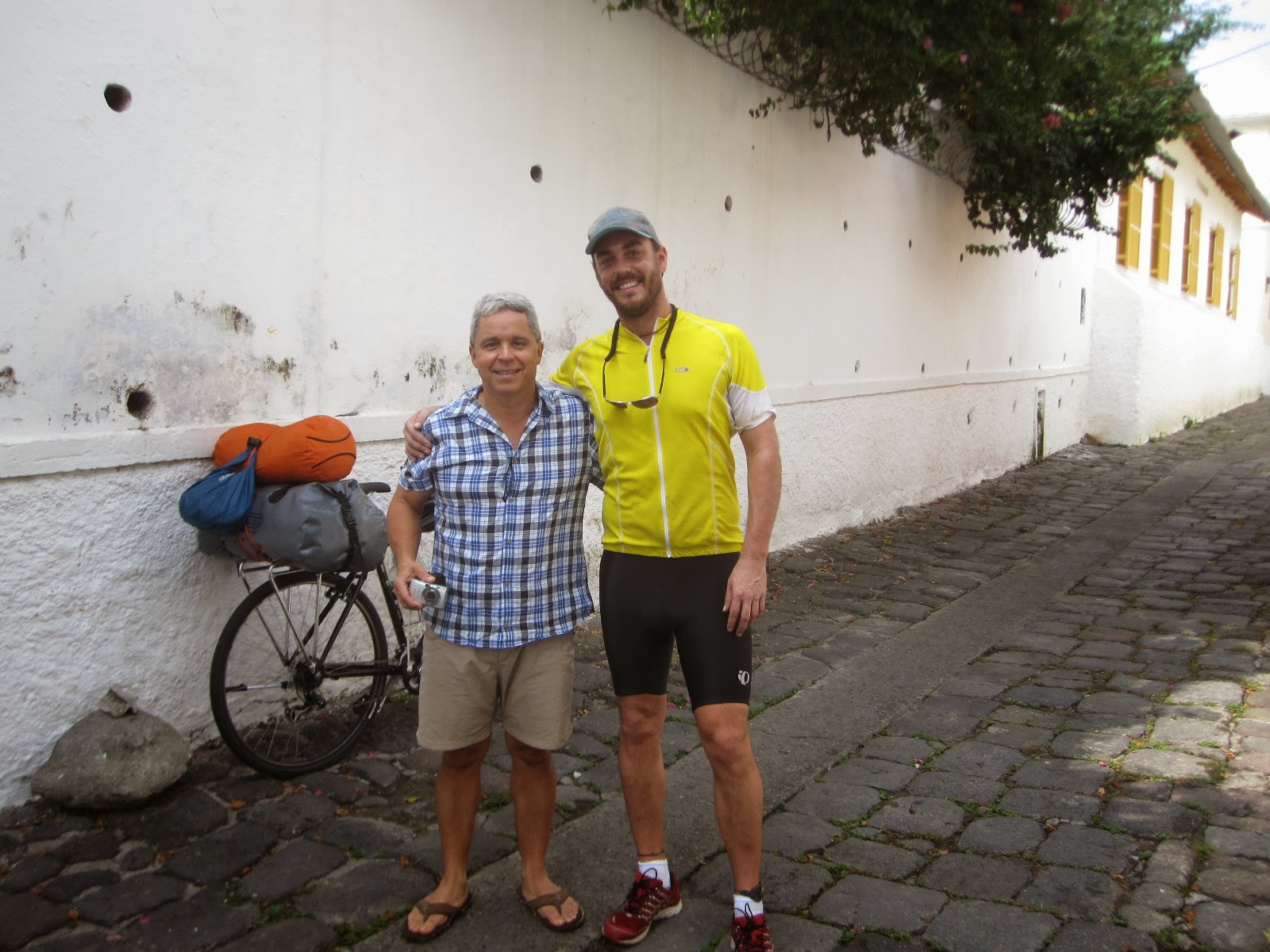 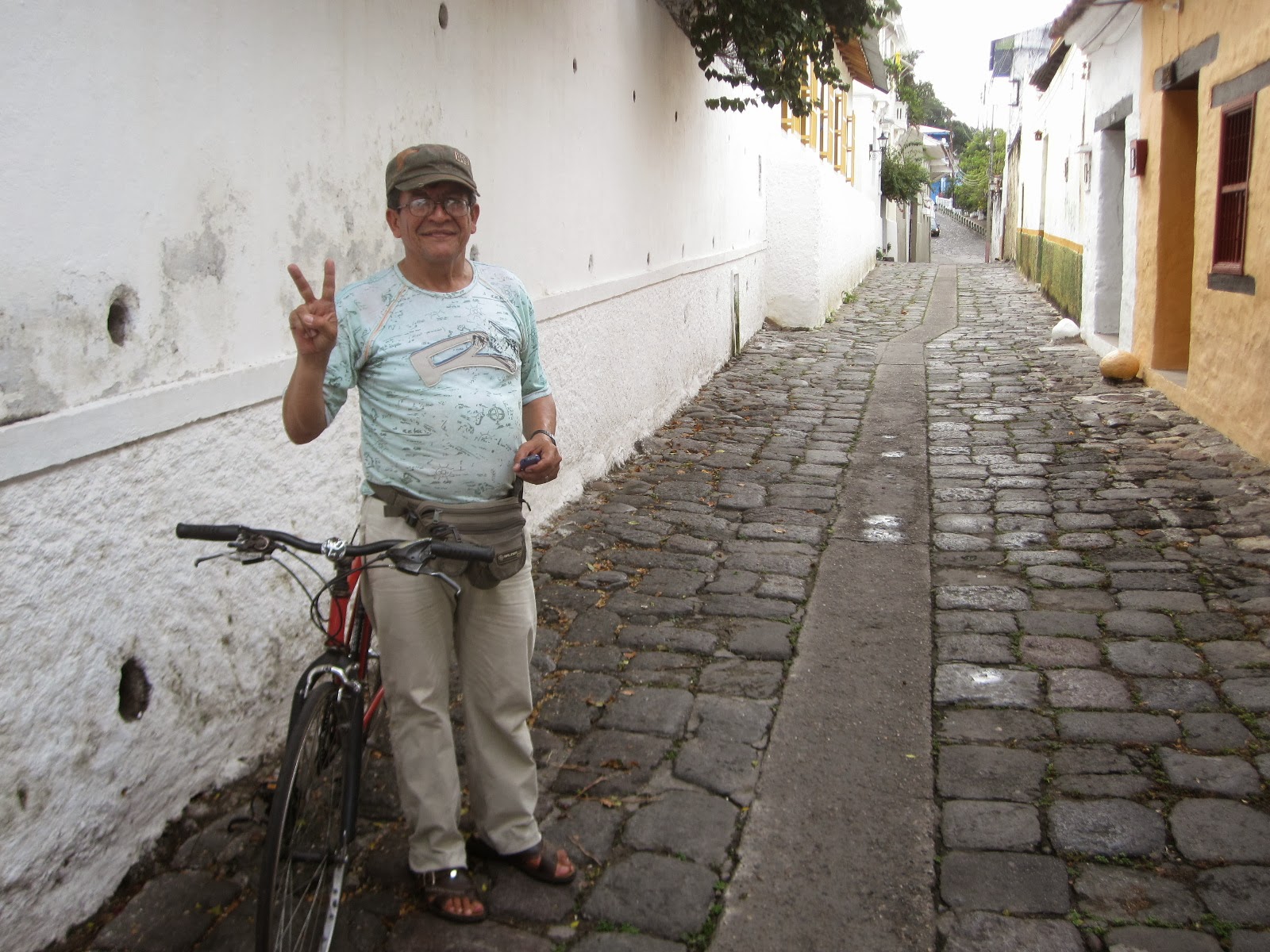 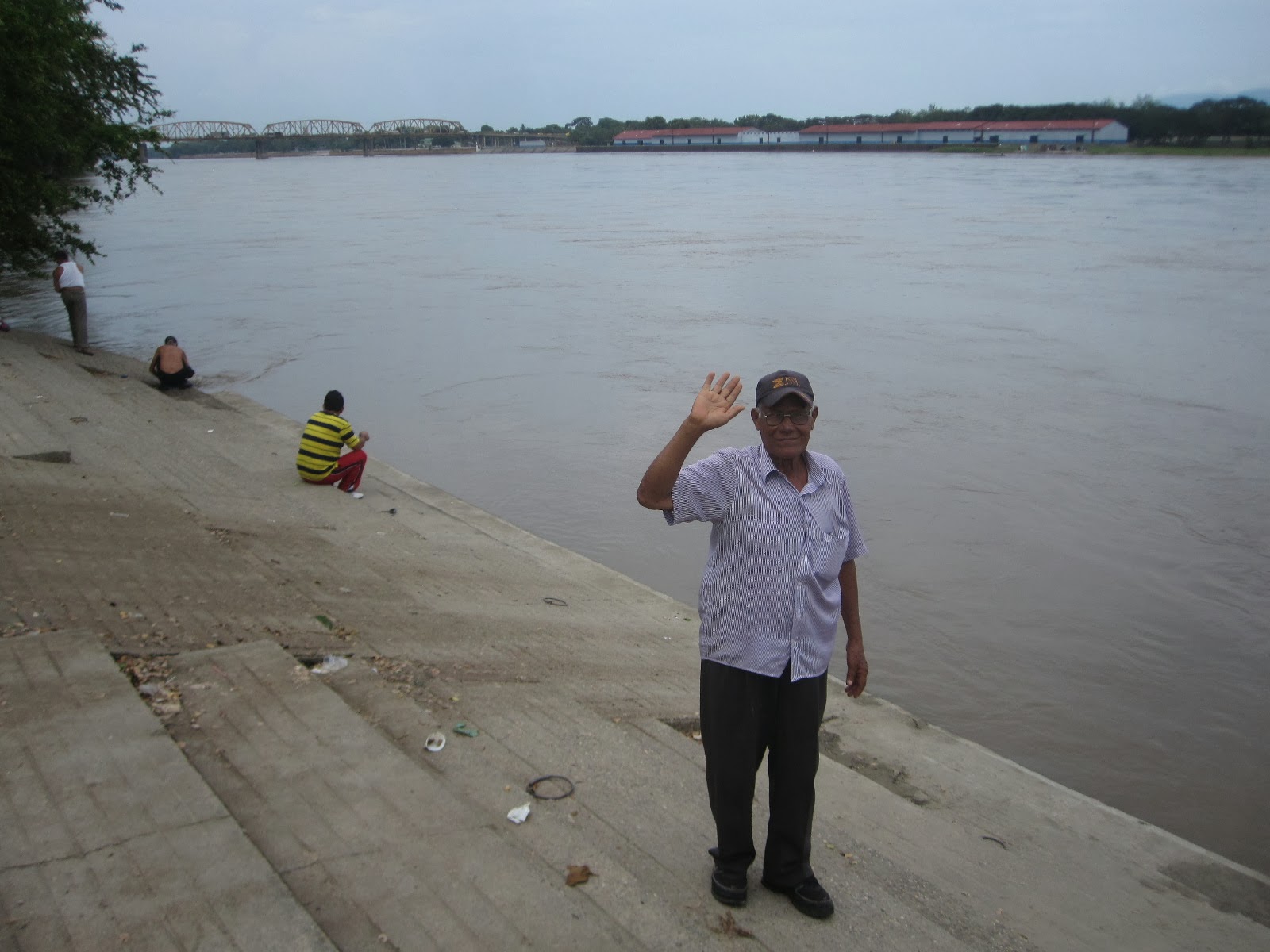 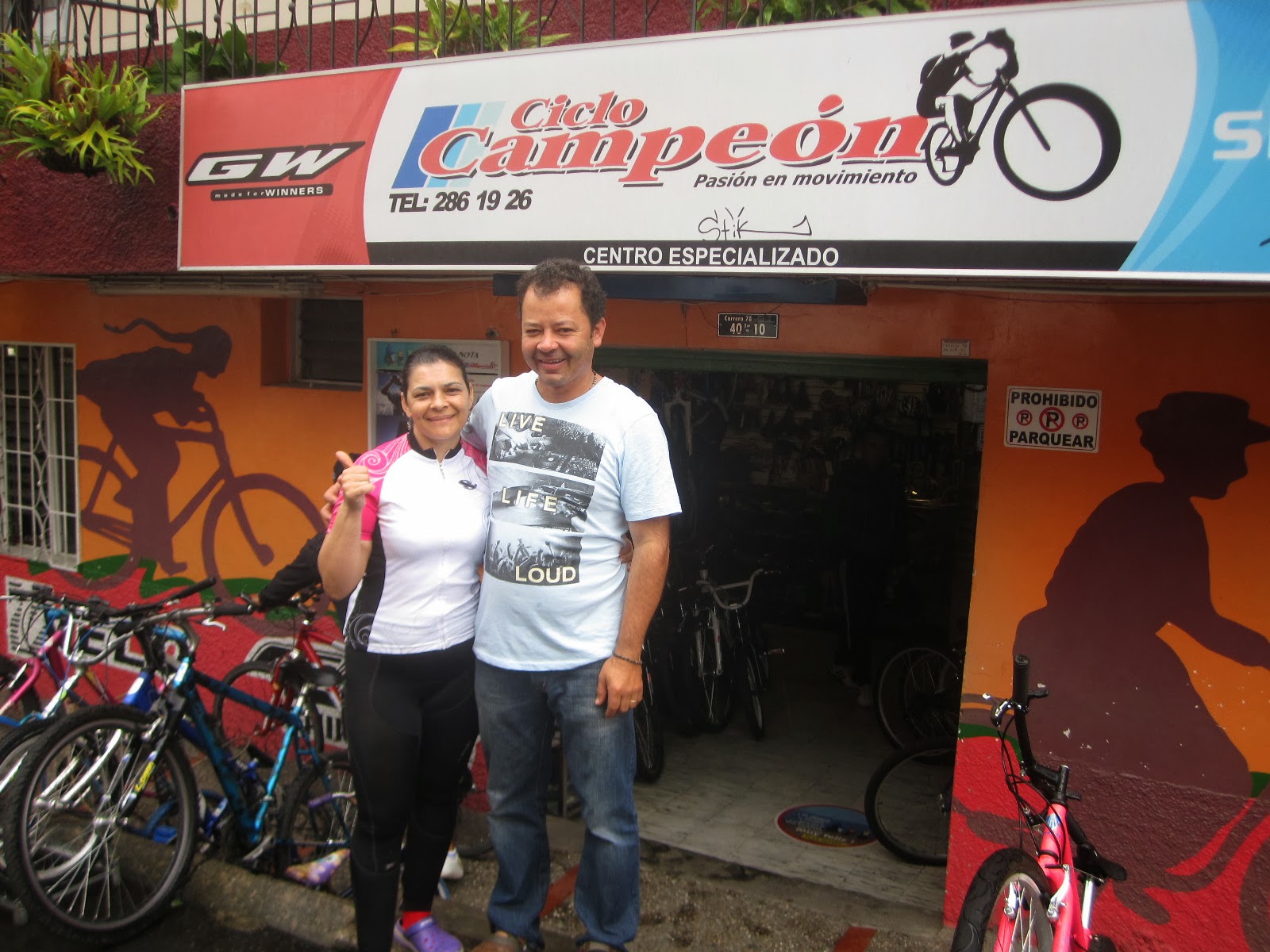 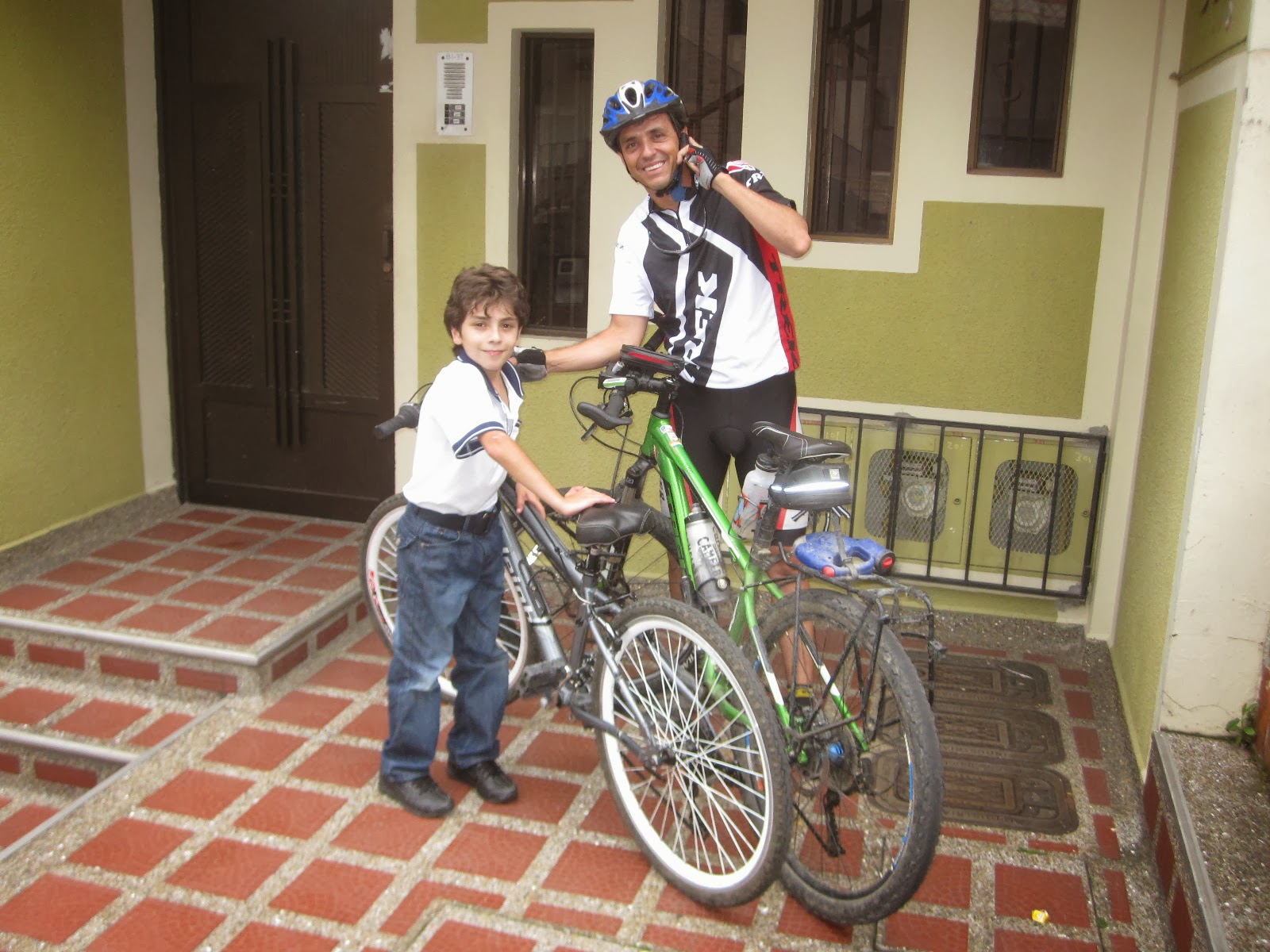 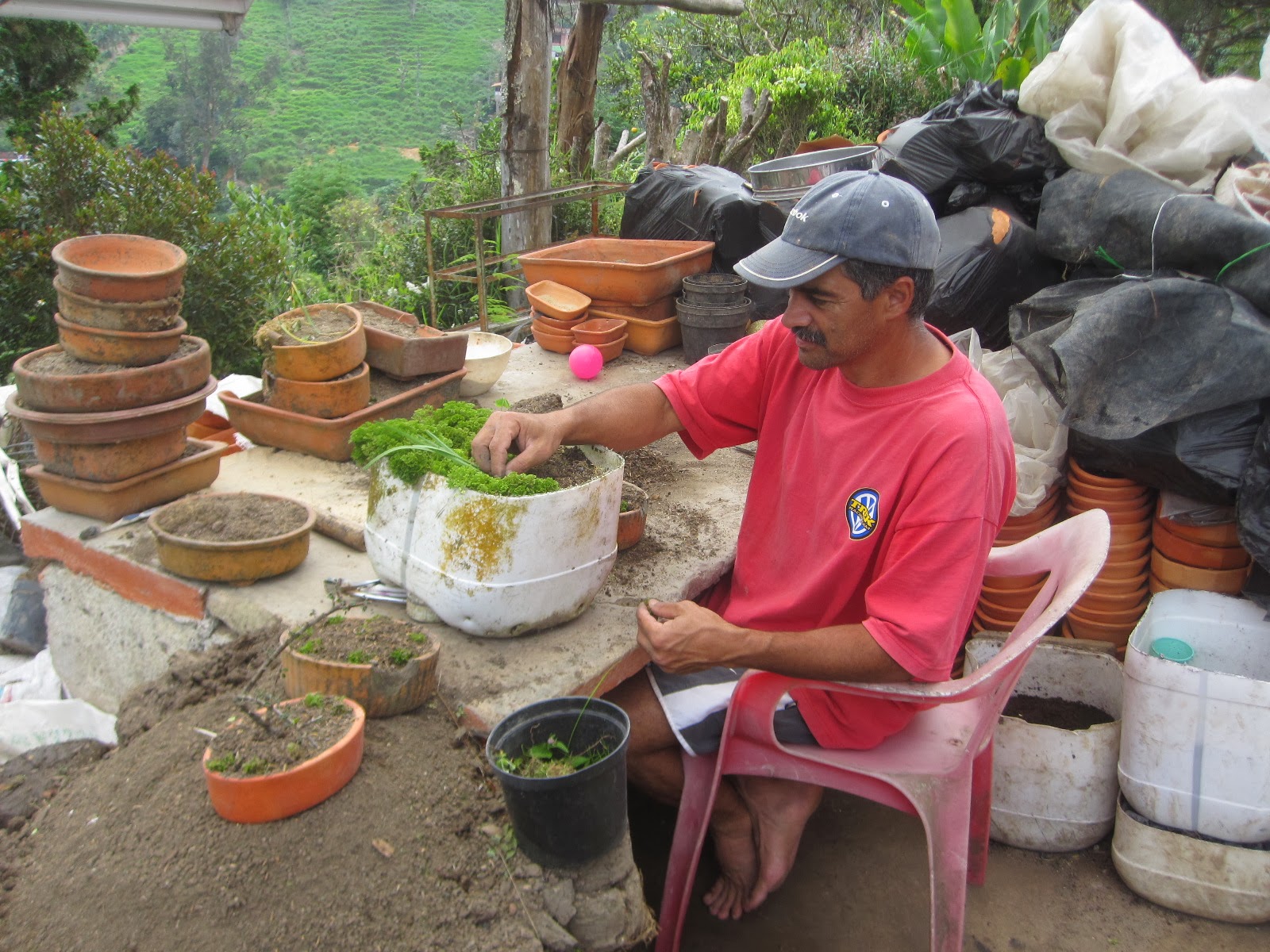 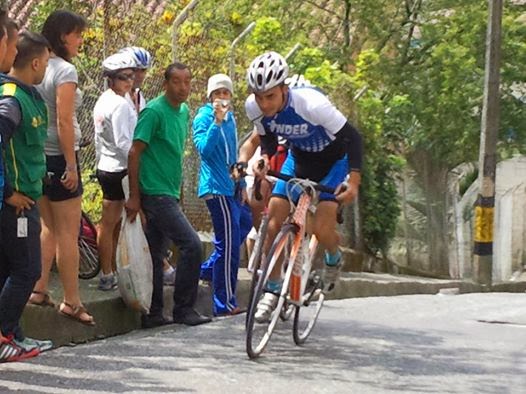 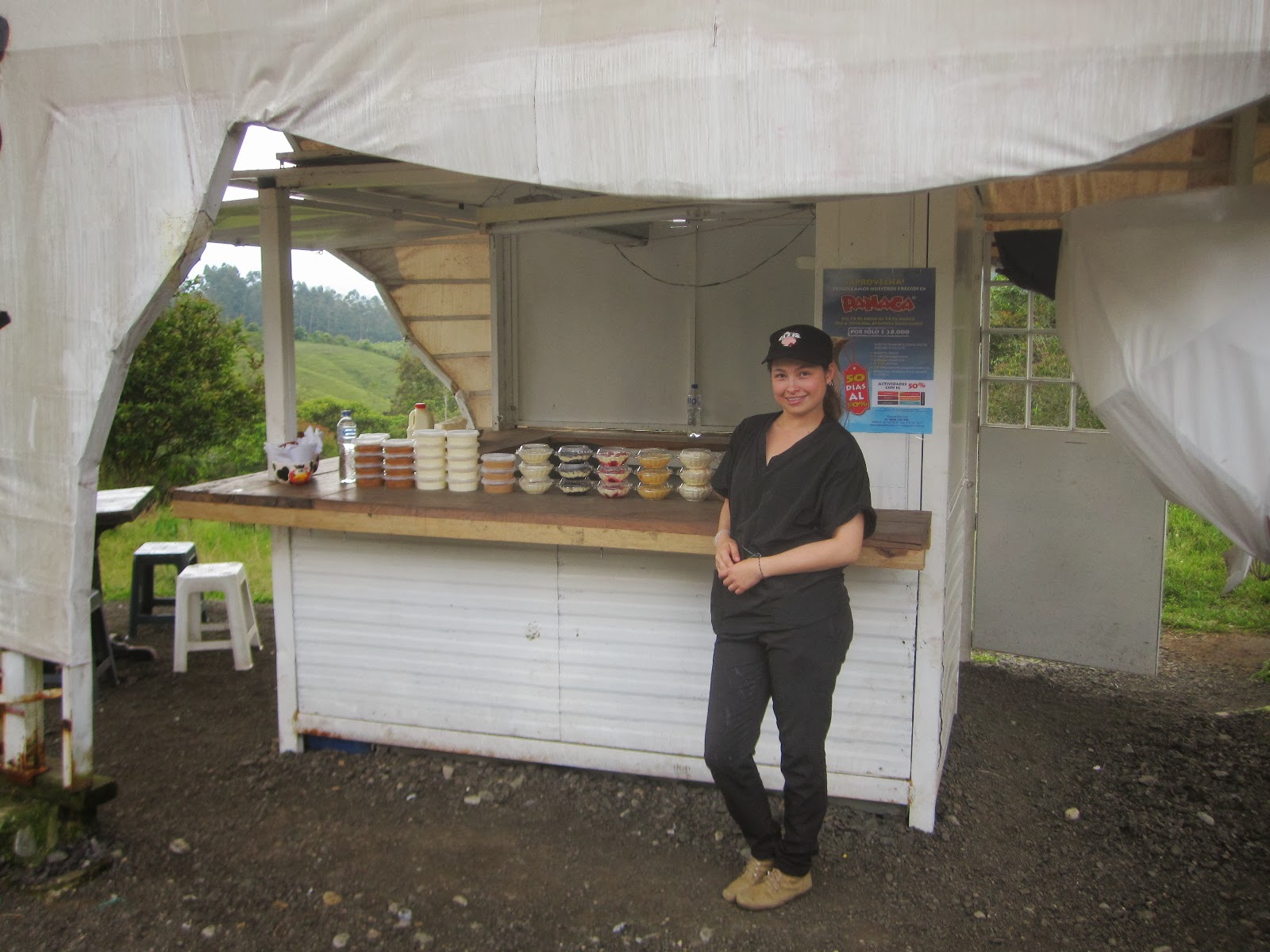 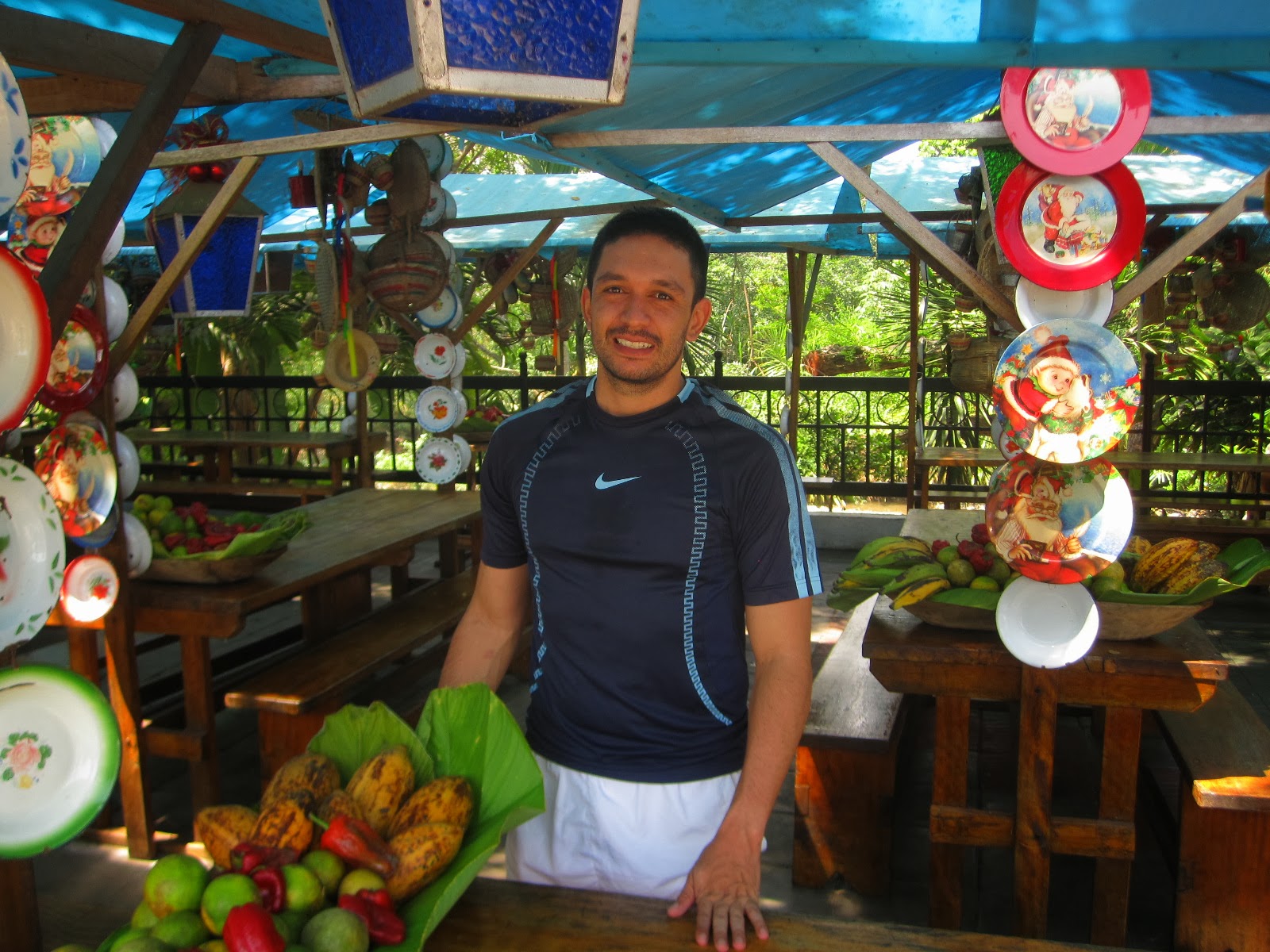 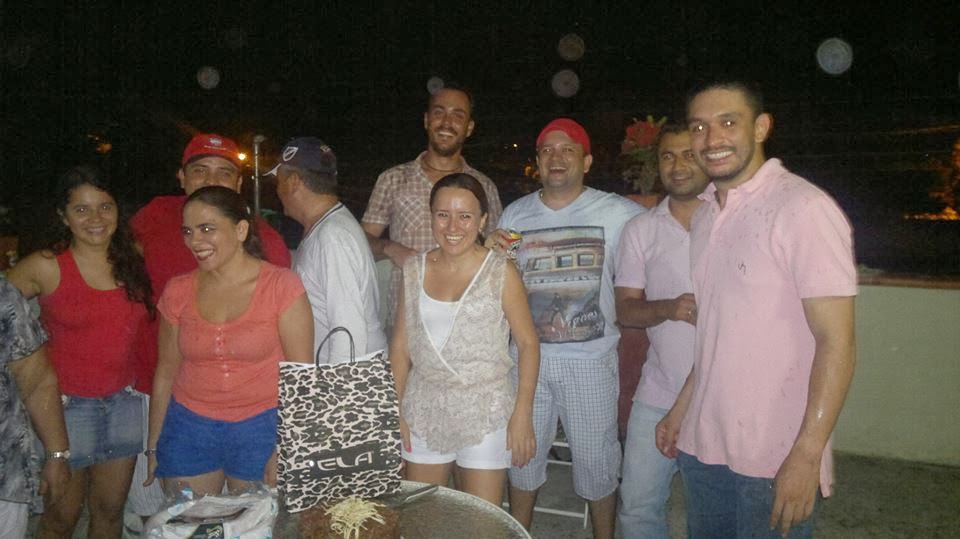 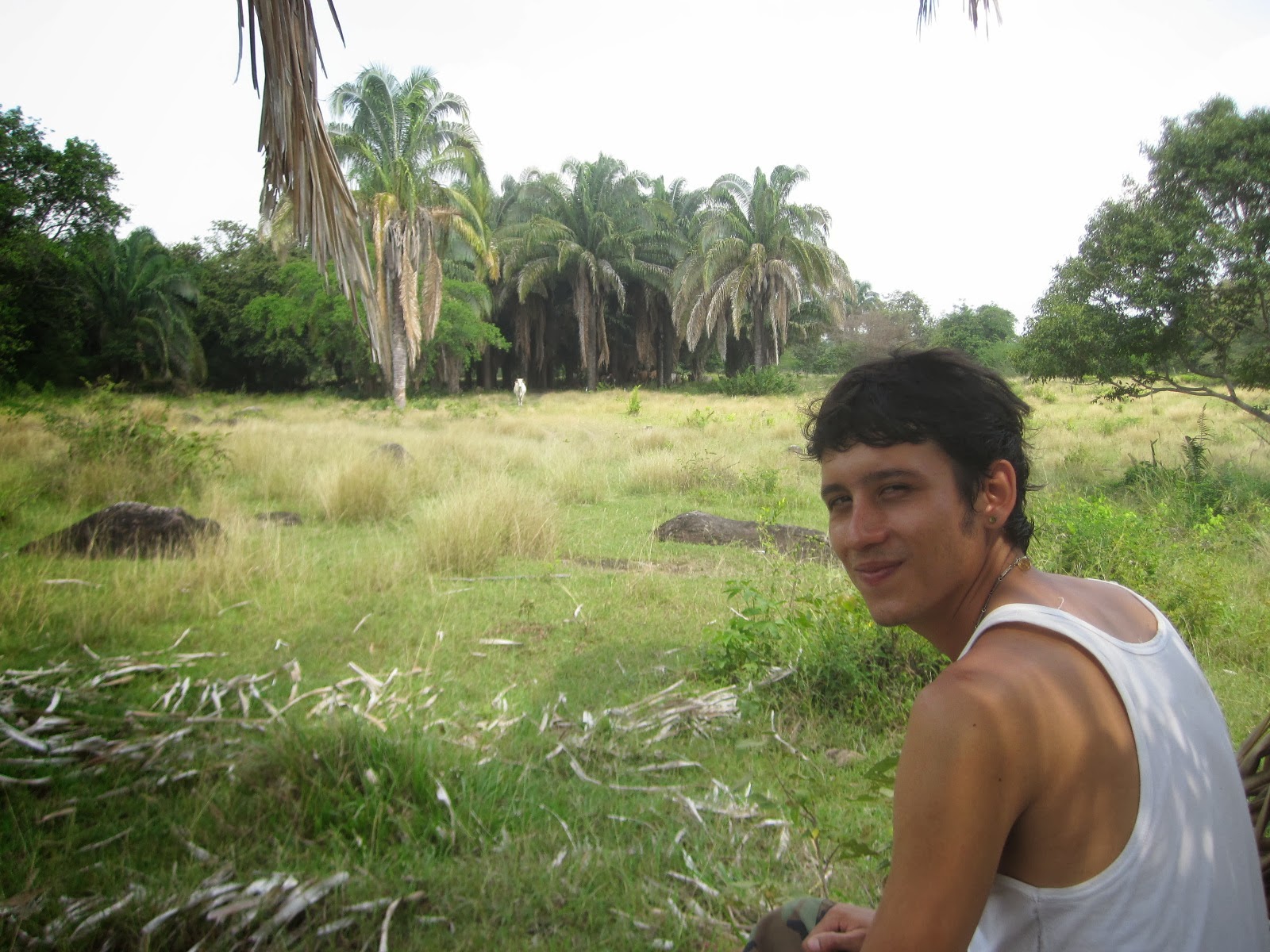 Esteban & Las Solteras outside of Tatacoa: 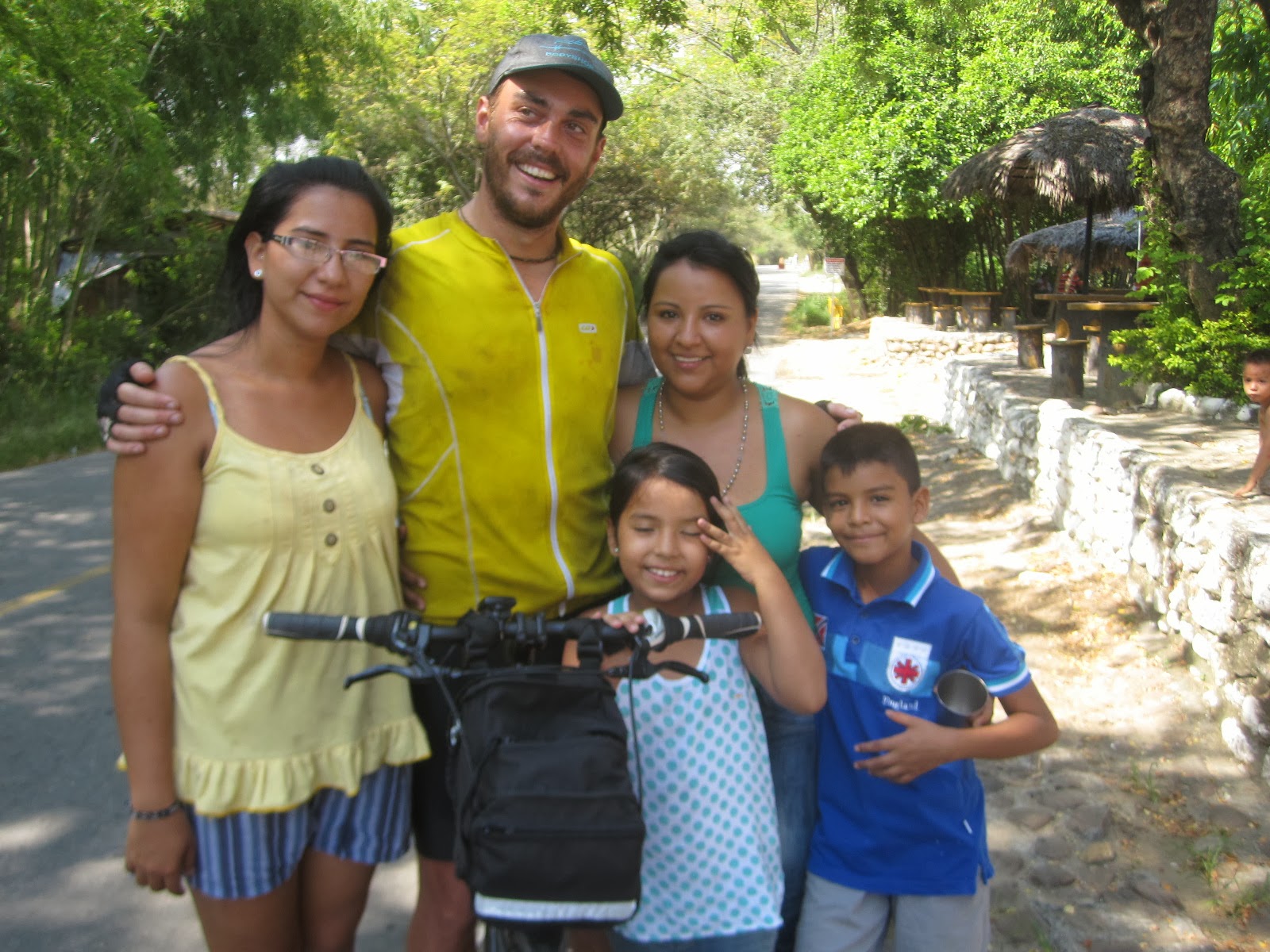 Mauricio & his 2 rugby players in Neiva: Who knows what the next month will bring.  I should be crossing the border into Ecuador in the about 2 weeks or so.  In the meantime, I'll be riding "El Trampolin de la Muerte" in about 4 days, from Mocoa to Sibundoy.  It looks fun: 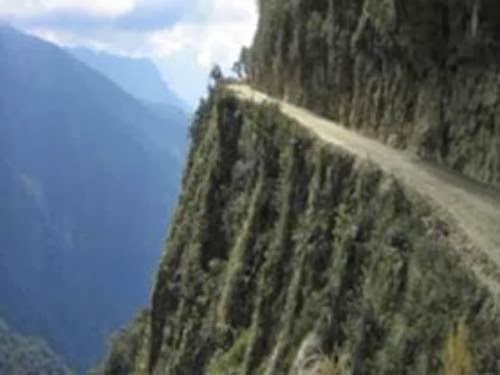 Posted by Bliss Wine Tours at 2:16 PM No comments:

US Citizen/American Trying to Enter Venezuela

I'm about 2 1/2 months to late on this, but better late than never.  This is my account of trying to enter Venezuela from Colombia at the Maicao border on 11/27/13 by way of bus.

I had been planning on going to Venezuela for months, but didn't know many people who had been so had little info.  When I got to Colombia, I met a few travelers who had come from there and had a fantastic experience with no issues.  I had also heard of people getting denied at the border but never actually met anyone first hand who had experienced it...so I was still skeptical. I looked all over the internet and checked the US site for visitors to Venezuela and saw no restrictions.

As such, I had to see for myself.  In preparation, I went to the Western Union office in Santa Marta, Colombia to change pesos to US dollars.  At that time the Venezuelan Bolivar (their currency) was suffering extreme inflation and was 60:1 to the US dollar on the black market (versus about 6:1 if you withdrew from an ATM there).  I then went to the bus station to buy a ticket from Santa Marta to Maracaibo.  The first bus company I spoke to actually had a printed sign that said for all citizens from the US, Canada & England, you need:

1. Proof of departure - printed copy of bus or plane ticket leaving Venezuela
2a. Documentation of Stay - printed copy of hotel reservations
OR 2b. Notarized Letter from a Venezuelan, explaining the relationship, length/place of stay and contact information of the host.
3. Passport...of course

The second bus company, Expreso Brasilia, had no such sign and said there were no problems, so I bought a ticket (Cost: 90,000 pesos or ~ $45).  There were no other "tourists" on my bus, just Colombians & Venezuelans.  We took off and headed for the border.  As we got closer to Maicao, I laughed as I saw Colombians on the side of the road selling gasoline from Venezuela in jugs and 1 1/2 liter liquor bottles.

By the time we arrived at the border it was night time, about 7pm and I was nervous as hell.  Everyone got off to get the exit stamp from Colombia and the driver told us that we need to walk to the Venezuelan side for immigration and he would meet us there.  When I got to the window for my exit stamp, the official informed me that Venezuela has been denying many travelers at the border without proper paperwork and, if I don't get in, to come back there.  All I had was a copy of a hotel reservation for 1 night so crossed my fingers.

I then walked to the Venezuelan side.  Mind you, at this moment, I had $700 cash in my shoe and the electricity was out in Venezuela so it was dark.  I was told by several people that this border is not the safest place to be & even met an Italian guy who had money taken from him by the Venzuelan police.  I waited my turn in line as the immigration officer handled everything by candlelight.  When I got to the window and gave him my passport, he flipped through, then pointed to a similar sign (as the one I saw in the bus station with the requirements listed above) and shook his finger, denying my entry.  I gave him the copy of my hotel reservation, then he got up to go get another official.  The second official looked at my passport and hotel reservation and also informed me I did not have the entry requirements.

I went back to my bus and told the bus driver, who then walked with me back to the immigration office to speak with the official.  He came out of the office with no luck, saying he could not take me any further and I would have to stay in Colombia.  I got my bags off the bus and the driver called some Colombian guy who walked me to a hotel across from the Colombian immigration office.  I went back to have my Colombian exit stamp revoked, ate some dinner, drank a beer and watched "The Girl with the Dragon Tattoo" on TV in my room.

The next morning I took a moto taxi to Maicao and got a bus back to Santa Marta (for only 30,000 pesos)

I'm not surprised that I was denied entry into Venezuela but am still bummed because I really wanted to experience it.  If you go, just have the proper paperwork and you should be fine.  I guess I could have tried bribing the immigration official on the Venezuelan side, but didn't.  If you want to be really adventurous, I met a guy from Morocco (while I was in Mica, Colombia) who had snuck into Venezuela because he had lost his passport.  He spent a few weeks there and loved it.

Lastly, if you're wondering where to get Venezuelan Bolivars on the black market, there were money changers literally at the border offering the going rate.  I had bought some bolivars from another traveler and exchanged them back into pesos at the going black market rate.  You can also exchange US dollars for bolivars at some hostels or just meet some trustworthy locals and exchange with them.
Posted by Bliss Wine Tours at 10:57 AM No comments: