After leaving the area, I headed down the coast on Hwy 1.  I passed through , , saw signs for Cal Poly and drove through grape vines in Nipomo.  The entire day showed grey skies and constant mist/rain though still a pretty nice drive. 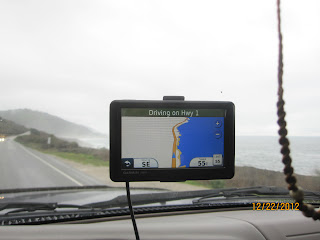 I made an unexpected stop when I saw a beach full of elephant seals drawing the views of many tourists. 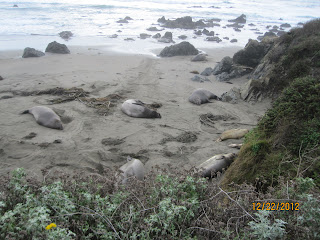 Now these bad boys are monsters with the males weighing up to 5,000 lbs and the females up to 1,600 lbs.  According to the sign, December and November are the months in which males battle for dominance. Unfortunately, it appeared all of them, both male & female, were competing for laziness.  And everyone was tied for first!   They occasionally squirmed around and let out some sighs.  Look at the caballero below! 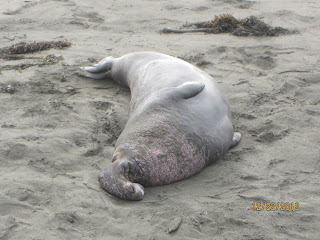 As darkness was coming on, I decided to stop in .  After grabbing dinner combined with Wifi (my food stops coincide with who has free Wifi) I drove along the main ocean strip until I came across a safe side street adjacent to a baseball field/park and near a number of hotels. This would be the first night sleeping on the shelf I installed in the back of my truck. I was happy to see a small camper about 20 yards ahead of me with 2 people also sleeping there for the night. 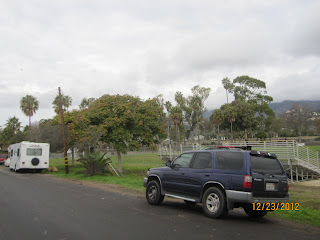 I walked down the main strip for about 1 ½ hours, listening to the waves crashing until I decided to call it a night.  I crawled up into the bag, worming my way into a sleeping bag and thought to myself, “A week and a half ago I was sleeping on a California King memory foam bed and now I am on the side of the road on a piece of carpeted plywood.  I guess I am a little nuts.”

I actually slept pretty well in my truck and awoke to see the beauty of .  I was just about 2 blocks from the beach so grabbed an avocado, a turkey sandwich (my staple at that part of the trip, even for breakfast) and my camera.  I found a nice picnic table looking out over the ocean and watched a number of 4 person teams playing volleyball. 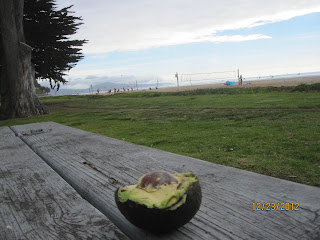 Nearest to me was a woman teaching her son of about 6-7 years how to hit the ball.  What a cool environment to grow up in.  I finished my brunch and went for a nice, casual walk along the beach for about 2 ½ hours – pure relaxation. 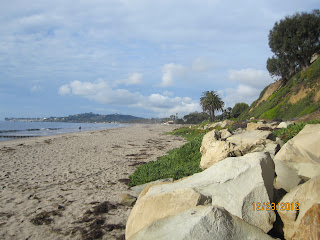 At this point I had made a change of plans – I was going to pass over the border at in , not in as originally planned.  The nice thing about traveling by yourself is that you can change plans whenever you want.  As such, I drove south until seeing signs for and passed along the northern part of LA on 101.  I have never been to LA before and was told about the horrendous traffic.  Low and behold – traffic! 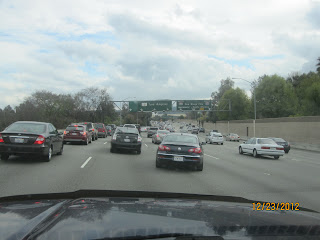 I looked at my GPS and saw I would be passing by so decided that would be my target for the day.  It is amazing how much the landscape changed to full desert as I made my way east out of LA.  I passed hundreds of those huge, white propellers harnessing solar power with the mountains as their background. 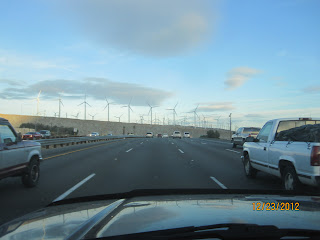 By the time I reached the southern entrance (off I-10) to Joshua Tree it was 5:30 so the rangers at the gate were gone so I just drove along the curvy 2 lane road into the deep of the park until I realized I had no idea how far this road went, so called it quits and turned around. 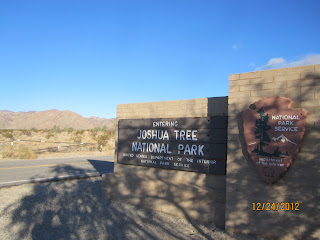 Near the entrance I had passed a VW bus and a van that appeared to be parked for the night.  I went back to where I saw them, and with a quick Internet search, learned there were a few lots for free camping.  I pulled in to where I saw the VW bus and realized this was the spot, with about 4 other RVs nearby.  Looks good to me.  That 2nd night in the truck I slept like a rock, about 11 hours of deep dreaming.

Mornings are exciting when you have entered an area at night.  That desert sunrise on that Christmas Eve morning was pretty spectacular.  I ended up falling back asleep for a few more hours before packing up and driving to the ranger station.  I wanted to do a short hike before heading to , so decided on a 3 mile loop to with an old ore mine along the way. 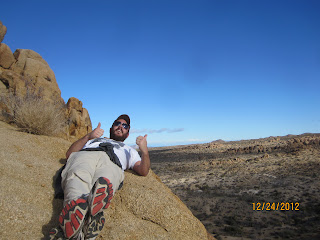 Such a beautiful park 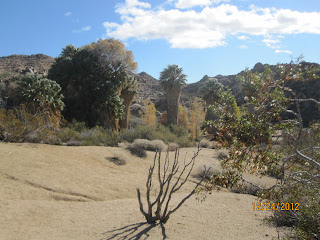 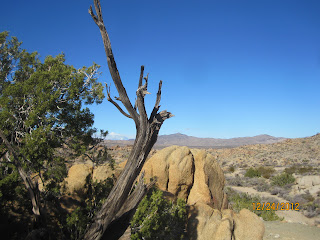 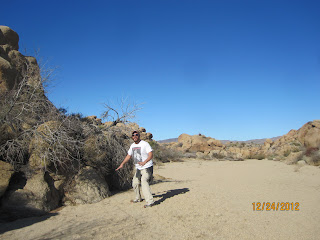