I have spent the last 2 1/2 days visiting my buddy, Jeremiah.  I originally met “Miah” while working in the kitchen in .  He moved down to ( area) to cook at “The Bench” restaurant on golf course, with the dining room overlooking the 18th hole and the spectacular Pacific coastline. 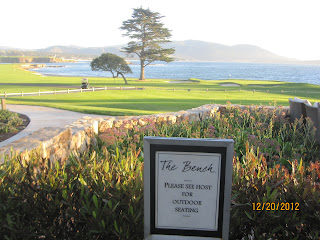 Upon getting into town, we headed straight for the beach.  A few surfers were walking around and a small handful were in the water.  Miah seen below is one of the best chefs I have met and it is always a treat to catch up with him. 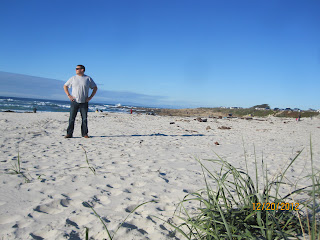 I'm always game for the beach, which is why I'm staying on the coast most of the drive down 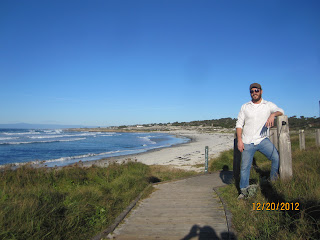 The day time was the real highlight of my time in .  This coastal area has some of the best mushroom foraging, hiking, surfing & golfing in the country.  On Thursday we walked the beach and took a drive along 17 mile rd., lined with mansions taking in amazing views of the ocean. 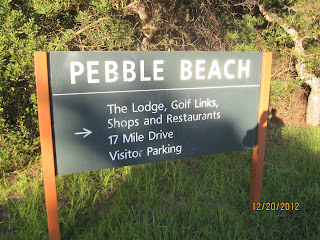 If you are familiar with the logo with The Lone Cyrpress, here it is: 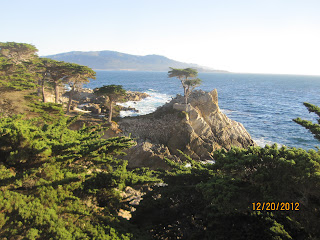 Since Miah works at , he showed me the restaurant and the golf course – pretty amazing history here…and lots of high-rollers.  I timed my visitation perfectly with  having their
company holiday party the 1st night I was there….and I got to be Miah’s plus one.  It was held on property in multiple massive conference rooms, with probably 1,000 people, and a full buffet.  The one bummer – it was a dry party.  Still a great time with carved turkey, prime rib, roasted tomatoes, mashed potatoes & more.

Friday morning started off with an espresso (if you don’t have an Aeropress, you should consider getting one), a couple of egg sandwiches and smoothies.  We then headed out to Point Lobos park, just south of , and hiked through the cypress trees.  Please take note of the giant golf visor Miah is sporting, and no he is not an 80 year old Asian woman on the golf course. 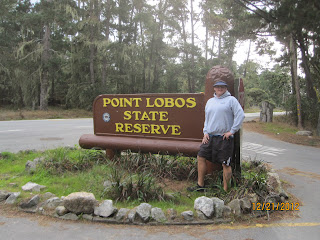 Miah has gotten very interested in mushrooms while living here so was telling me the details of all the fungi we spotted.  We saw tons of amanitas (shown directly below), which are psychedelic, but not the ones people refer to as “magic mushrooms".  No, we did not eat them. 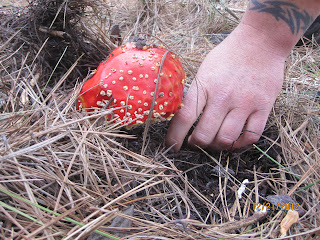 a huge porchini (shown below), a blewit, witch’s butter and a few others. 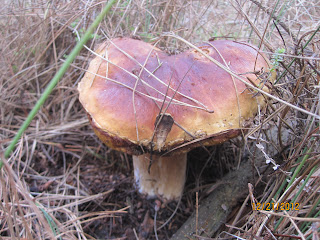 The walk through the park was nothing short of awesome.  As you make your way in you see trees with rust-colored moss making them look like they were spray-painted. 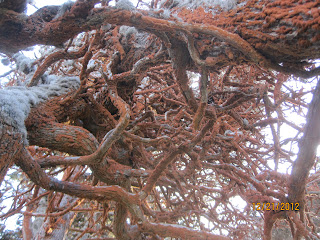 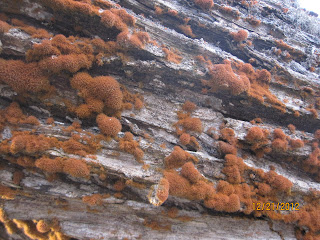 The oldest tree in the park is a funky cypress, named Old Veteran, hanging onto the edge. 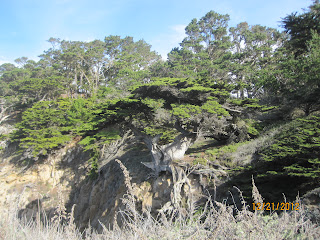 As we got out on the edge of the coast, a strong wind came whipping along.  The sea was angry that day, my friends, like an old man trying to send back soup in a deli.  (Is anyone here a marine biologist?!) 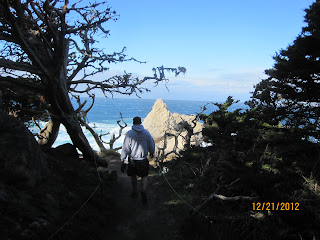 The waves, some upwards of 10-15 feet, were smashing against the rocks.  There is plenty of surfing along the coast and a notable area just north of here called Ghost Tree, where waves get up to 40+ ft.